This is the third music pack as an add-on to the FunMod World of Padman, also known as the PadMod, for the Quake 3 Arena game. It is also the first demo release of the Berlin indie band das boerge with a total of four songs, all recorded in the winter of 2004/2005. Originally the music pack was to be expanded to a total of nine tracks, but this did not happen anymore. das -boerge- reserves all rights to the music.

Please unpack the content of the ZIP file and copy the containing PK3 file into the wop subfolder of your Quake 3 Arena installation directory. 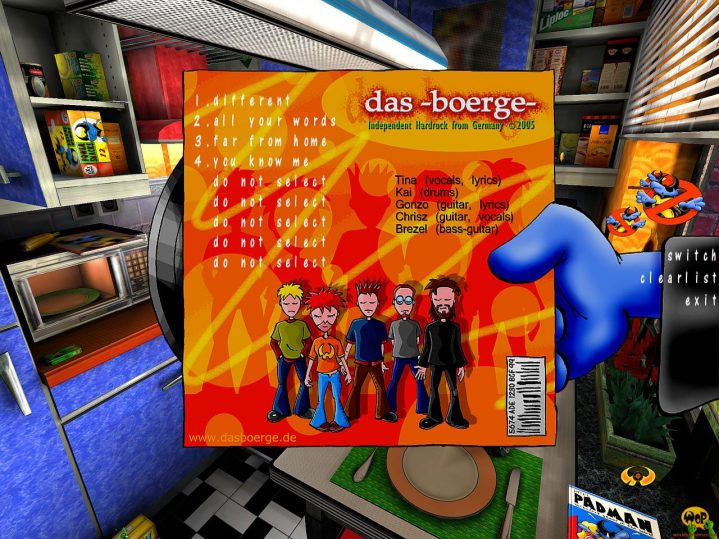