This is the first release of the FunMod World of Padman for the game Quake 3 Arena, also known as the PadMod. Originally, this release was also declared as a first beta version and took place on June 18, 2004 as a ZIP file for Windows, Linux and MacOS. For Windows there was also a comfortable Win32 installer made by kARMU. There is an update for the PadMod that that you should definitely install yet.

On Windows, unpack wop.zip into your Quake 3 Arena main directory (e.g. C:\Program Files\Quake III Arena). In this directory you can now find the file wop.bat, via which the PadMod can be started with the necessary parameters. Alternatively, the installation can also be automated via the Win32 installer. Start the file WoP.exe and follow the instructions. Then start the PadMod via the shortcut in the Windows start menu. A start from the Quake3 menu should generally be avoided. 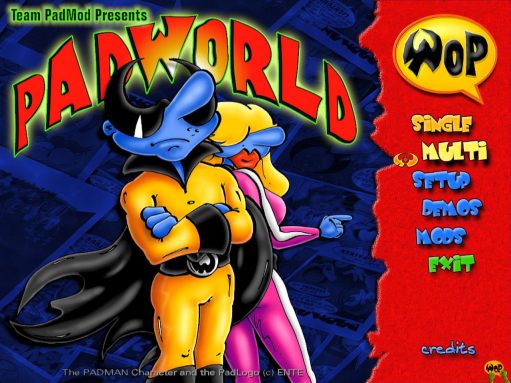 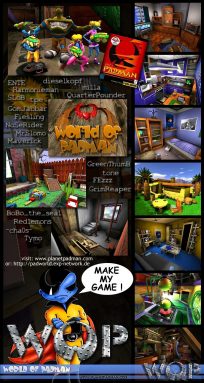