PADMAN is a comic figure created by ENTE and the “meanest gamer of the world”. At least in the PSG magazine he presented himself as the heroic PlayStation defender, no matter if it is Nintendo’s Mario, Lara Croft from Tomb Raider or also the good old Duke Nukem, Padman buried them all! With ENTE’s PadMaps, Padman found his way as a game character into the worlds of Quake 3 Arena and Star Trek: Voyager – Elite Force, and later got his own game world with the World of Padman.

The Padman model has more sound files as usual. To play these in the game you need to bind them to some keys of your choice by using a console command. Therefore open your console by pressing ^ or Shift+Esc and enter, e.g. for the key i the following command:

Here you can find a list of the additional sound files:

There are HD skin textures for the Padman model available as an extra download and providing a higher resolution. They replace the default skins which are coming with the model. You can recognize them when there is a small 512 shown on the icon in the player menu. 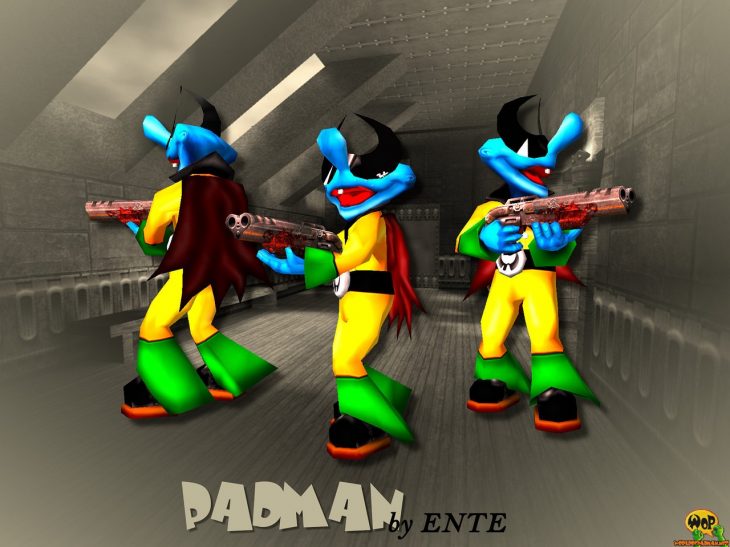 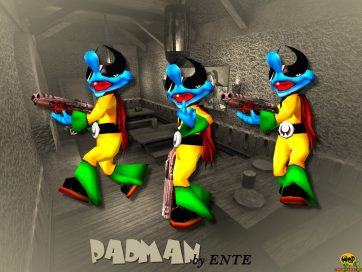 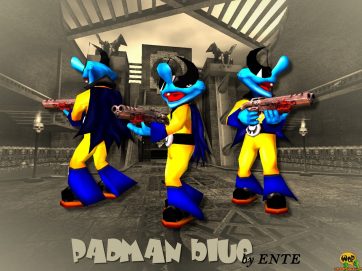 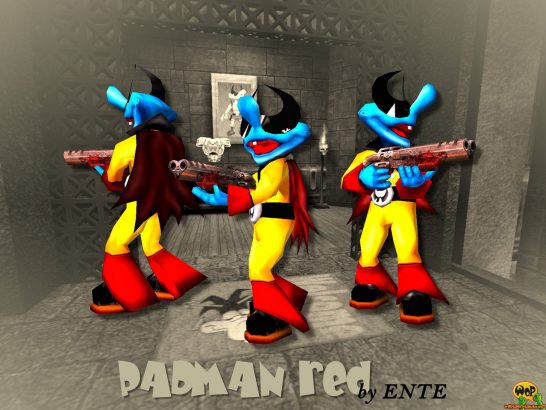 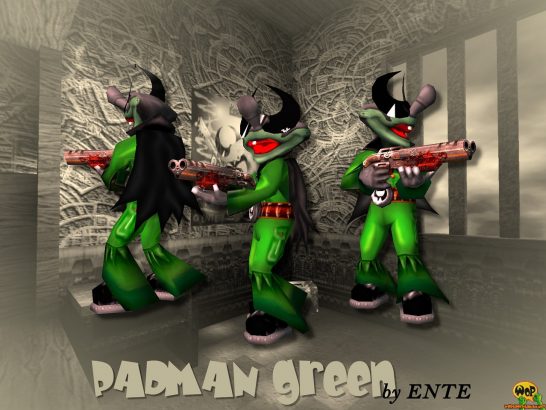