Toxic Fabric, created by DevilsRightHand, was originally released for Quake 3 Arena and other games based on the same graphics engine. Therefore, the theme of the map is Quake-related and the player is of normal size. The map is quite widespread and is therefore suitable for a larger number of players. It offers a lot of horizontal gameplay due to the many floors of the factory. The design is very rich and is not stingy with nice shader effects and high-resolution textures. In addition to the usual game modes, CTL can also be played on the map, whereby the layout is not symmetrical, which has a corresponding effect on the gameplay.

The background story of the map is about a team of scientists who discovered writings in ruins of ancient Greece, which were written by a race called Stroggs. After deciphering them, the team figured out that they needed to travel to the Brazilian rainforest and the North Pole to find and recover alien crystals from meteorites. The scientists are now using the Toxic Fabric and its generators to use the energy and crystals to open a time vortex that will allow the Stroggs to travel to our time to continue their mysterious work, which the scientists are eager to learn from. 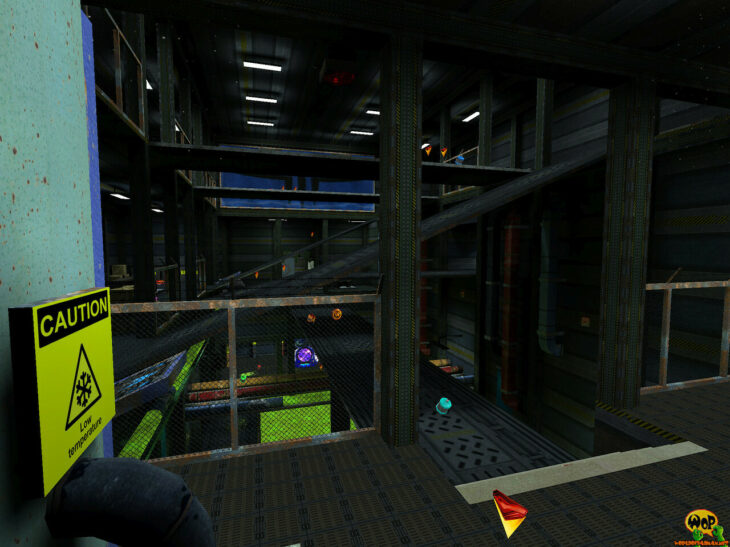 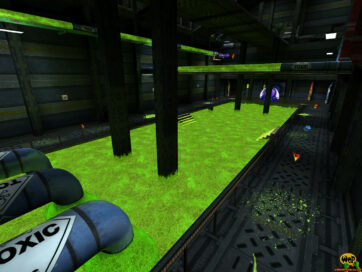 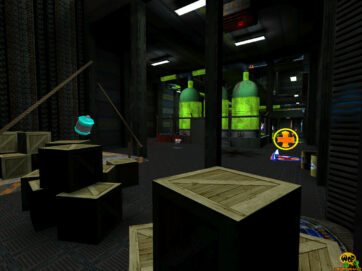 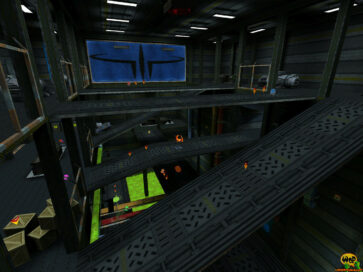 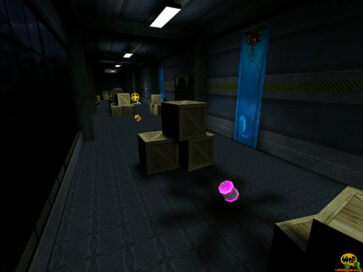 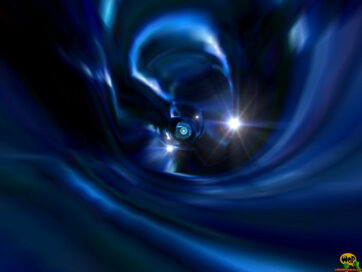 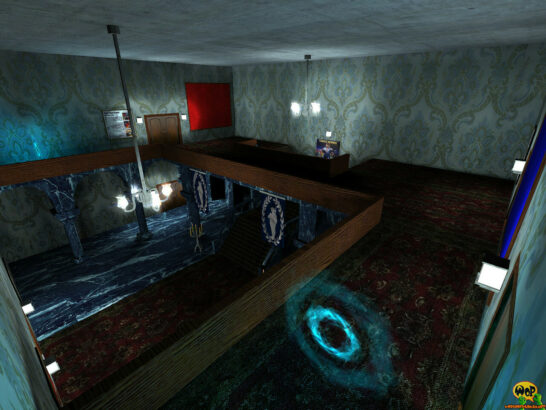 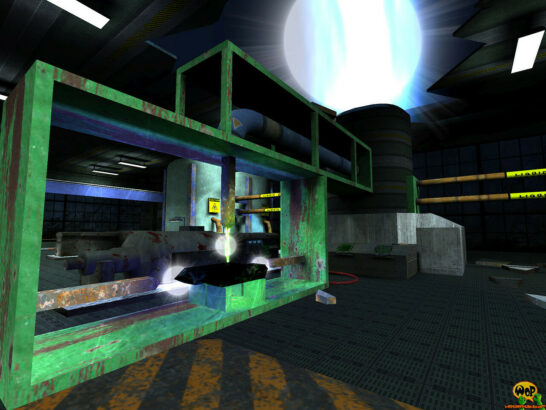