PadHome is ENTE’s second map for Quake 3 Arena and it is partly consisting of left over and not used elements of his first map PadCastle. It represents a bigger villa, which is equipped with a large entrance area, several functional rooms and a considerable atrium. The map is designed in the Gothic style and the walls are decorated with several pictures of Padman. PadHome was named Map of the Week on quake3world.com. 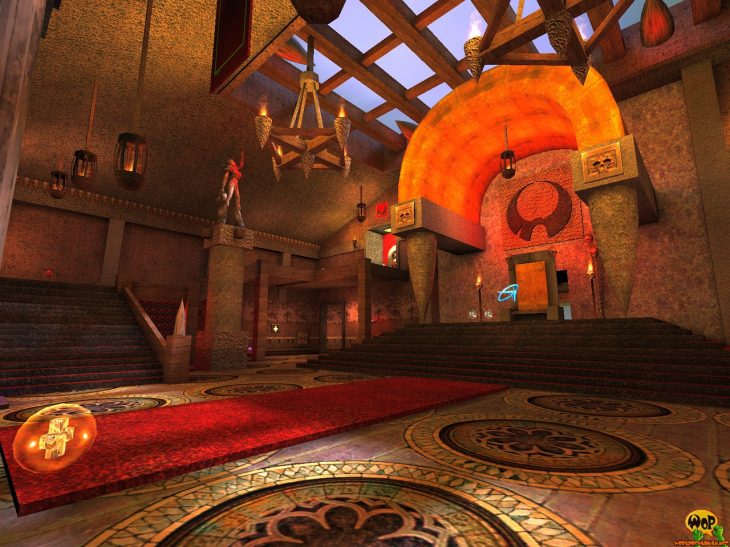 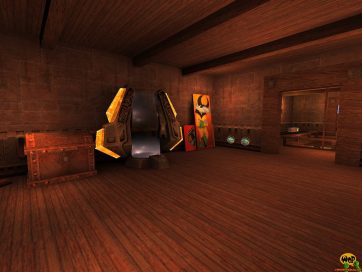 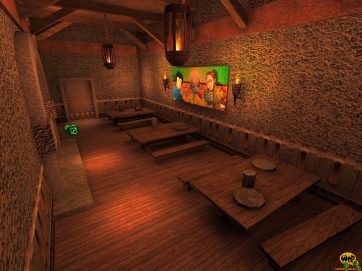 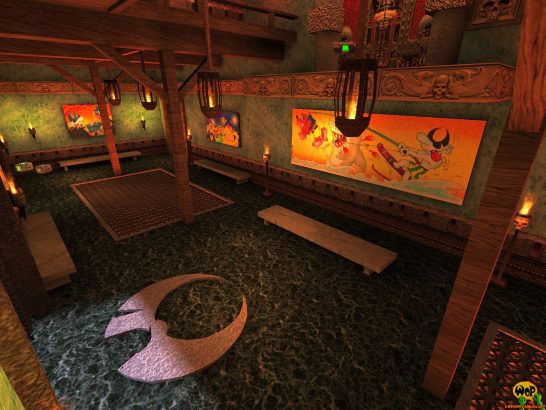 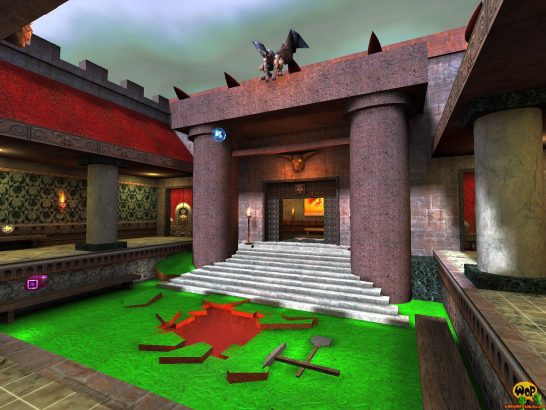