ENTE’s PadGallery is, besides PadCastle, part of ENTE’s PadPack for World of Padman. It is an art gallery where not only ENTE but also doomdragon and Chris Tim could exhibit their work. The map therefore has several exhibition areas, one of which presents pictures of the attractive photo model Lara Baumann. Some of the pictures were even taken by Lara herself. Some items, like the SPEEDY, the REViVAL and the iMPERiUS are well hidden and can only be found in secret areas. The map is based on ENTE’s third PadMap, PadGallery for Quake 3 Arena, which was originally also released in a revised form for Elite Force and as PadGallery deLuxe for Quake 3 Arena. It was also previously released as part of the PadPack for the PadMod für Quake 3 Arena. With each release the map was heavily revised by ENTE and was re-released in 2007 for the standalone version of World of Padman. This version now is compatible with World of Padman 1.5 and newer and received minor bugfixes and improvements. By the way, PadCrash is no longer part of the PadPack, because this map is already part of the default installation of World of Padman 1.5. 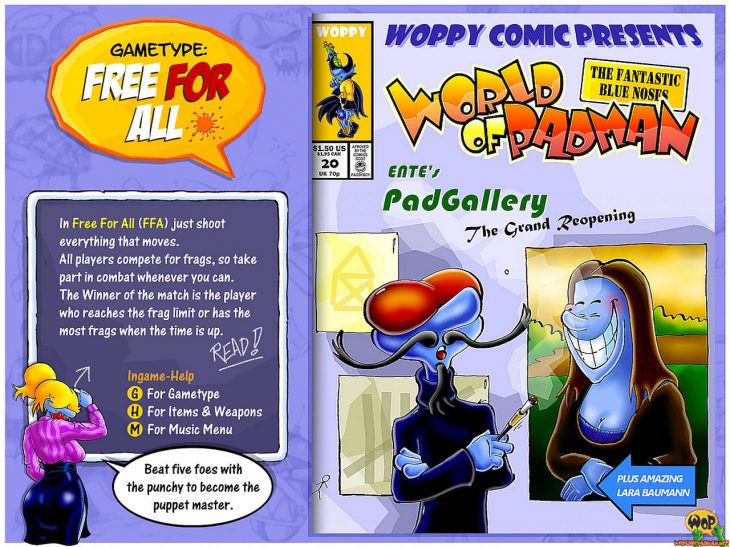 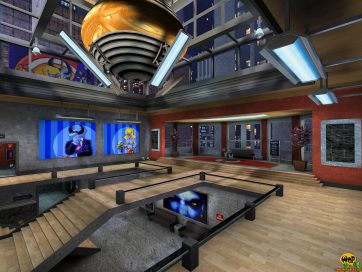 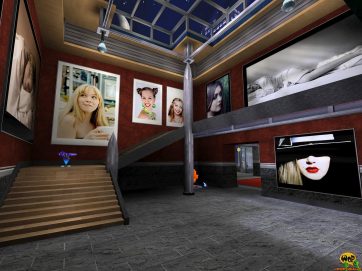 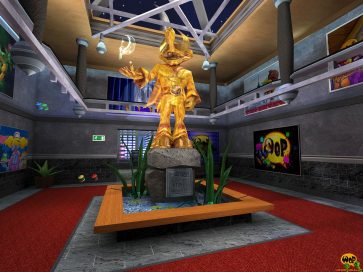 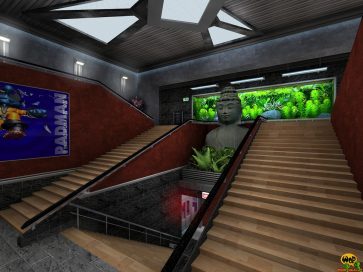 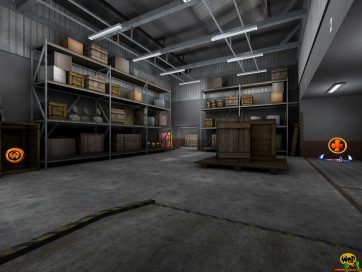 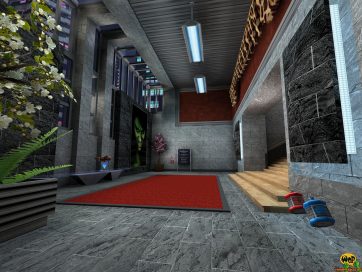 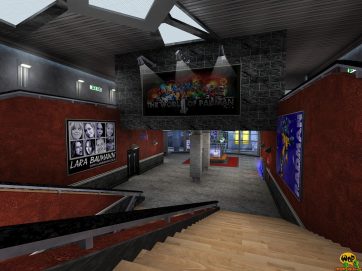 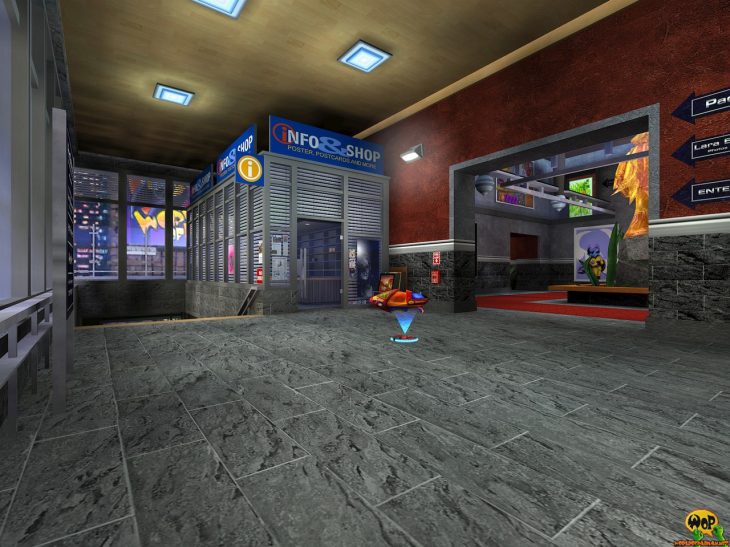 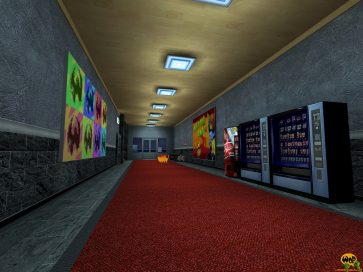 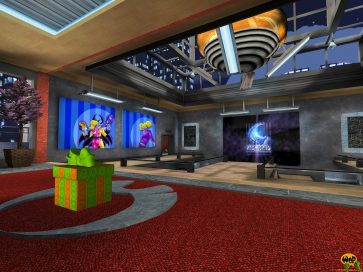 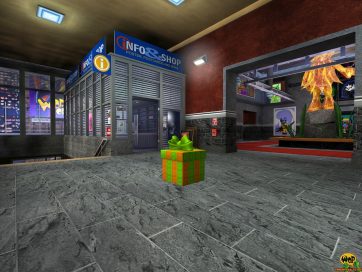