Today the modification World of Padman for Quake 3 Arena, also known as the PadMod, is going to be fifteen years old! Who would have thought that? The PadMod was originally released on June 18th, 2004 in a first beta version. However, the development started at the beginning of the year 2002 and was supposed to last only 9 months until the first playable beta version. But that turned out to be a total of 2 1/2 years.

During this time, many felt called to help creating ENTE’s dream of an own Padman game, including well-known names from the Quake3 scene. Only a few really held their ground and above all thanks to ENTE and a hard core of PadMembers, that the PadMod got developed so far. Despite the many personal setbacks, they have never given up, they have laboriously worked out skills in many areas and in doing so they have raised above themselves. They have laid the foundation for the later stand-alone game World of Padman with great dedication.

To celebrate the day we rummaged in our archives again and put the still findable files of PadMod back online here in the download area on a separate download page. The collection is not complete yet, but there you will find the PadMod All-in-One installers for Windows and Linux operating systems. They contain all the files except for the music packages, which still need to be downloaded and installed separately. Unfortunately, Mac users have to be patient, as we were unable to find the right DMG file at short notice. All you need to play is an installation of the original Quake 3 Arena, preferably with the Point Release 1.32 & 1.32c and/or a recent version of ioQuake3. When it comes to ioQuake3 installation, take a look at the Players Guide! And now have fun!

The following promo image was created in the first year of development of the PadMod and some of the maps shown there never made it into a WoP release. 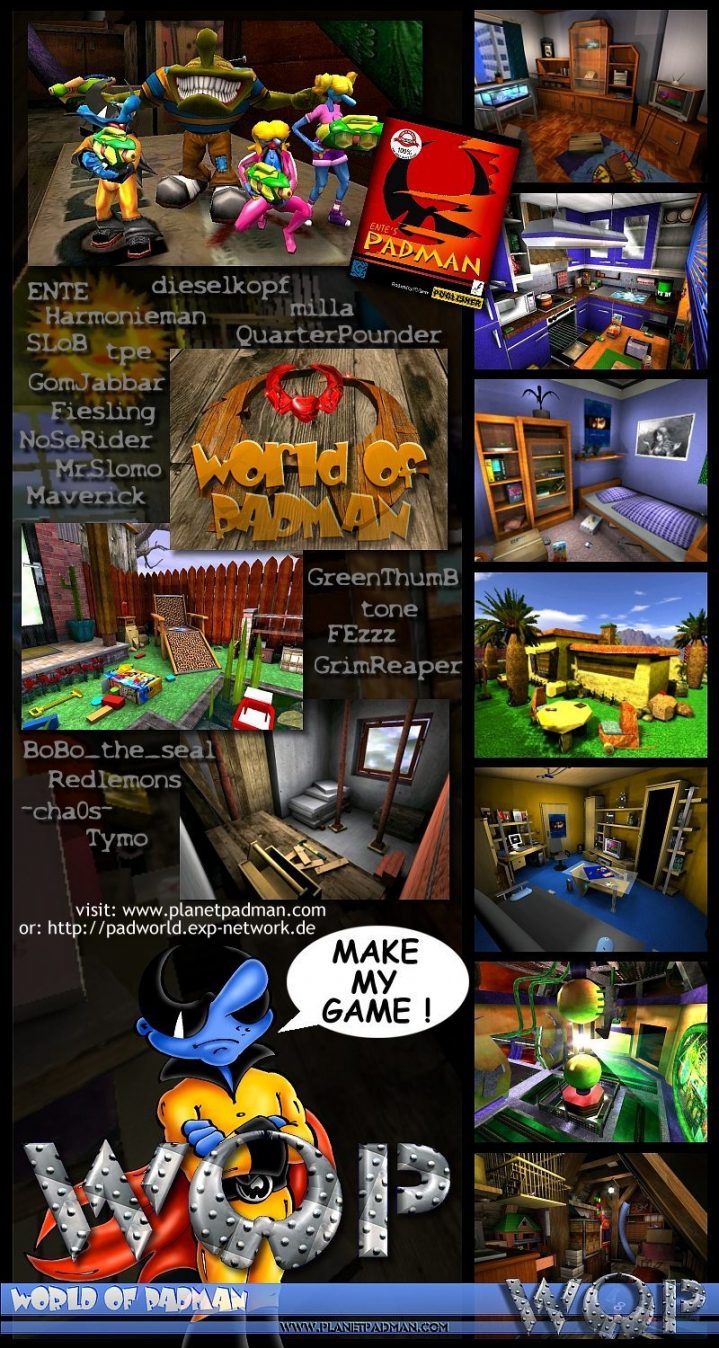