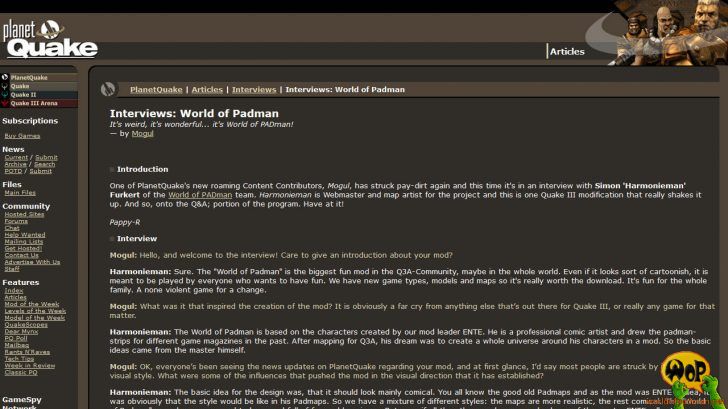 A short time ago planetquake.com asked Harmonieman for an interview about the World of Padman and of course he agreed. This interview is now available and gives you a better look behind the scenes and what may happen to the PadMod during the next months. So, if you are curiously now, head over to planetquake.com […]

As many know, Sunrabbit had already provided his server in the development phase of the PadMod so that we could test our little mod. And then, when the mod finally appeared, he still gave us some space on his server, so you could play World of Padman against other players out there. Well, and while […]

Finally it has arrived to the PadMod, many people out there wanted to see the PadShop in the mod, so here it is. 😉 Being a map, ENTE created exclusively for the American PC Gamer magazine in 2001, we were not allowed to put the map directly into the mod. And that is why, it […] 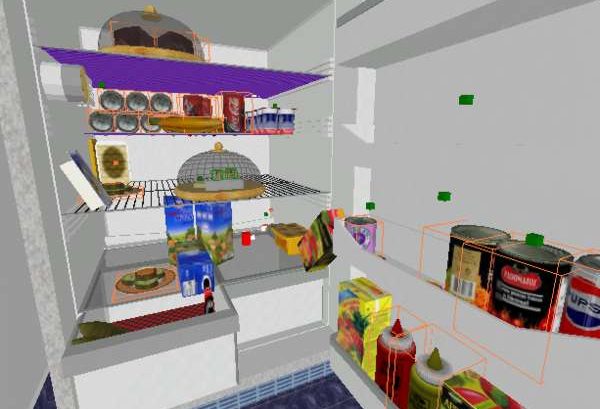 In the PadMod forum Kai-Li has posted a first picture of his fridge map, on which he is working for a while now. The picture was created in the editor, so it does not show the scenario as it would appear later in the game, so please do not be surprised. 😉 For his fridge […]

There will be a PadDay this weekend, but it won’t be the usual PadDay. We would like to turn this PadDay into a TestDay of the upcoming WoP update and the new PadShop map. So if you have time this Sunday and would like to help us with the beta test, please write a private […] 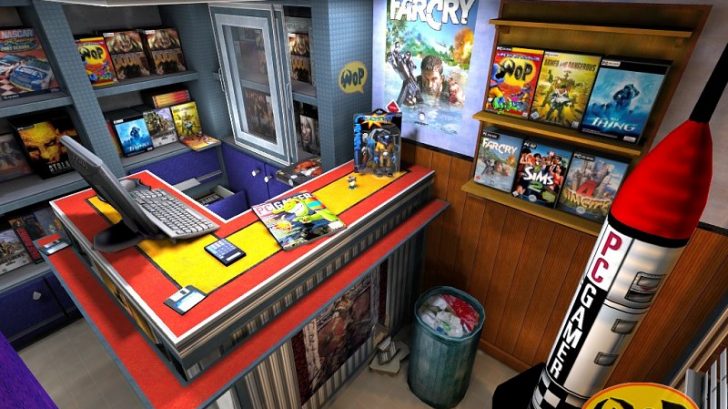 As you can read in the headline, the map is nearly done, only a few details have to be added and a big bug must be fixed.:D That is why I added eight new screenshots to the maps section giving you a good overview of this “new” map. There will be no visual changes any […]

Sorry, the PadMan forums have been down for three days now. Unfortunately, I have no idea why, but I hope that our good Magnacus gets the forums soon to run again. As an intermediate information I do not want to deprive you that our coder in the meantime could deliver a revised update and that […]

ENTE released tons of new screenshots of the upcoming PadShop map for World of Padman. You can expect the release of the map around Christmas. I would also like to point out that there will be a PadDay this weekend. Same time and server as last week. 😉 (Translation by Harmonieman)