As mentioned some time ago, we are going to have an update pack for the World of Padman in the future and we plan to have some new skins in it, to be more exact: three skins will find their way into it. 😉

The first skin in the package will be the good old HellPad. HellPad was one of the first custom Padman skins and this one is still one of the most liked ones. So it was really easy to decide to get him into the mod. 😉 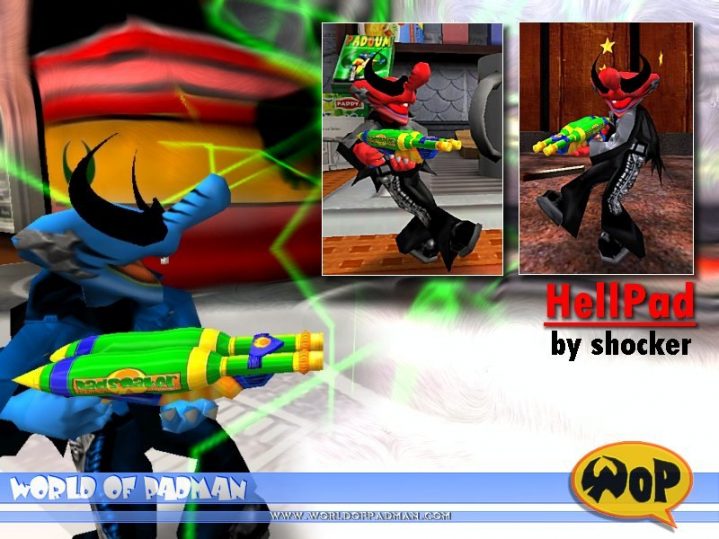 The next two skins for the upcoming update pack are going to be shown up over here in the next weeks. These two skins are also old ones, but nearly complete redone. Oh, we would be really happy, if some skin artists out there would like to take a look at the other pad characters. Especially MonsterPad and PiratPad need some alternative skins. 😀

And we are still looking for an animator!