Here comes the hammer, because for some time there is someone working diligently on a 3D rendered movie with Padman. Responsible for this is DoomDragon, which seems to really let off steam in this really short work. 😉 Actually planned are two to three movies, but we very much doubt that they will make it all in the first beta. It’s just more work than initially thought and so DoomDragon and I are currently drawing skyscrapers and posters to the bet … hehe. 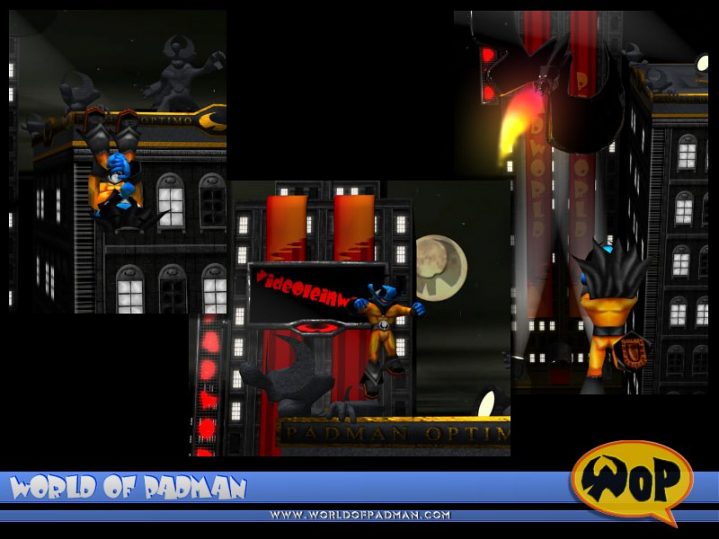 The first movie is basically just a little intro, which will replace later the id intro video. Padman swings on a rope through house canyons and then lands on a roof, from where he takes off with a PadGlider. Um, resemblances to Batman are of course just coincidental.

There is still a lot to do and so the little pictures that we present to you here are also still incomplete. There is a lot more to come and I can already say it is getting really huge. 😎 Also for the soundtrack of the intro we have been looking for professional help and indeed it is about Heiko Klüh (Mel O´Dee), who already brings a lot of experience into the game. So you see, we have big plans with this mod. After all, everything should be worthwhile after such a long time. 😉