Sorry folks, it took some time to get new PadMod news, so some were worried that we would all be falling asleep here. 😀 But exactly the opposite is of course the case, because it happens so much in the background that we hardly have time to sit down and to write the news, which is always associated with a little work. Well, but then the news is also a bit richer and there is again a lot to discover and experience. So let’s go, sit back and see what the members of the PadMod team have done again. 🙂

At first the menu made a lot of problems, because we could not agree on a suitable design or somehow I was never quite satisfied. But now it is finally found and as you can see, it is quite colorful. 😉 It should shine all a bit in the comic style and our good QuarterPounder already takes care about the menu code diligently. 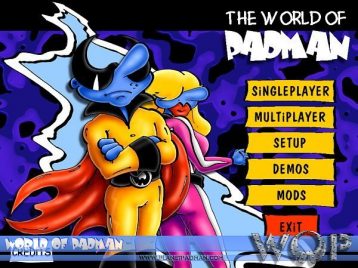 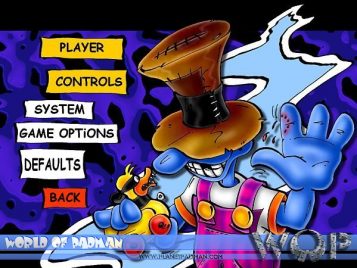 I really do not know what to say about this guy any more, but he is a little crazy. 😀 SLoB is our absolute all-rounder and I do not know where we would be without him, because he surprises us almost daily with new models, new shaders and lots of other stuff. So he is just a member that every mod team can only wish for. 😉

Here are a few more models of SLoB, such as the LoadingStation, which we want to use for health and ammo, the model for the spray gun, including color cartridges, and the killer ducks. In the field of models, therefore, we are really making big strides. 😉 On the code for the LoadingStation and the spray gun currently our GomJabbar and Mr.Slomo are working on. 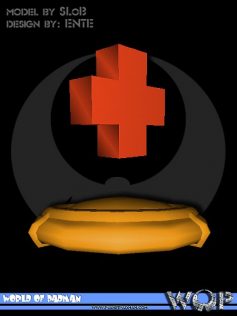 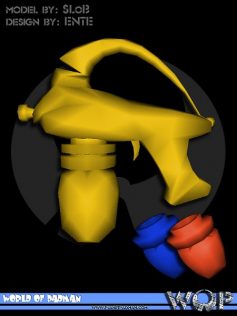 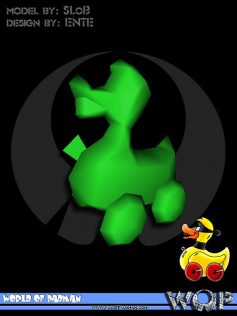 Some had already noticed, there was a weapon missing in our weapon sketches. This is the BETTY, which would be similar to the rocket launcher. The only problem is that the model is not liked by all the members, so I should probably come up with something else here. What does it mean to you (just write to the forum)? 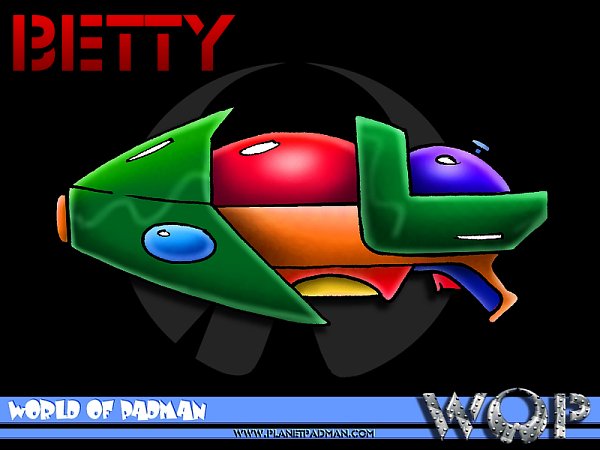 So, now finally two first screenshots of our mysterious spray rooms, under which many somehow still cannot imagine anything. So what are these spray rooms that will be in every map as they are part of the mod?!?

In the PadMod game mode Spray Your Color, or in short SYC, it is about removing color cartridges from the opposing team, because they need them to spray their team logo on a blackboard in the so-called spray room, for which the team then gets a point. As soon as you get some color cartridges you have to make your way to the spray room, which can only be accessed via a single teleporter. There are two panels in this spray room, one for each team, and you should spray the logos on the right board. If you do it on the opponent’s board, the opposing team gets the points. : D

Now we have thought that we make the spray rooms really awesome and crazy, simply to unleash our imagination. 😉 Down here you can see the spray room of PadAttic, but I’m still considering if I’m not using it for PadKitchen !? 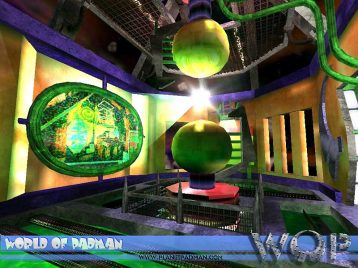 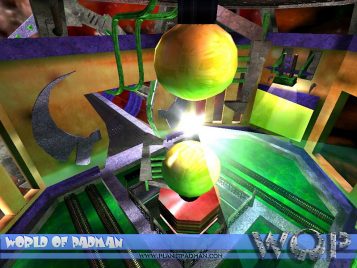 Maverick, who is actually responsible for the textures here, could not resist and sat down on a map. So we were quite surprised when he came along with the first cool screenshots. 🙂 His idea of making a Lilliput map in the style of the Flintstones is really awesome and stands out from the other maps. Anyway, we are really looking forward to the final work of his PadRock (!?). 😉 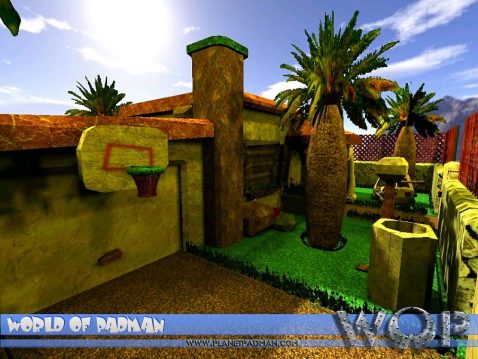 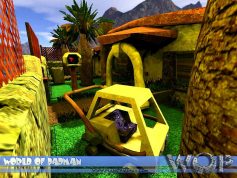 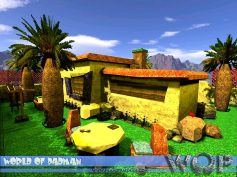 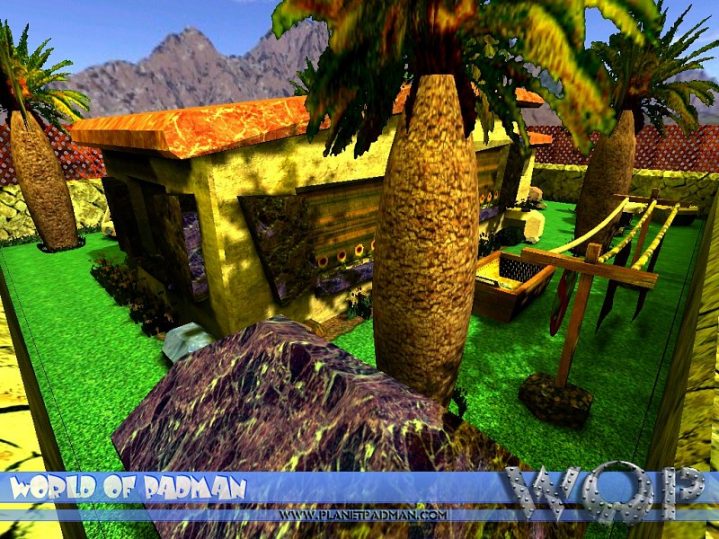 In addition to Maverick, our other mapper have diligently worked on their maps, so here are the latest screenshots of Fiesling’s GamersHome, Harmonieman’s HarmsHütte, GreenThumB’s GreensShed, and my PadAttic. New maps are already in the starting blocks. 🙂 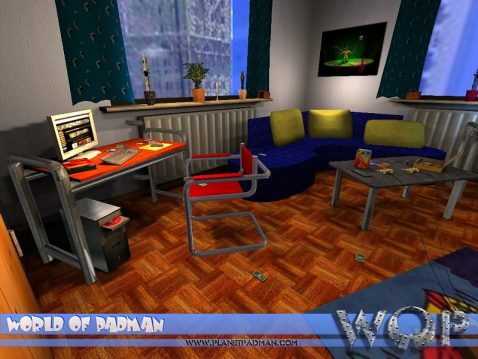 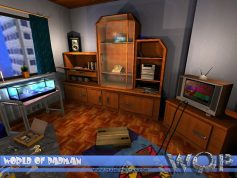 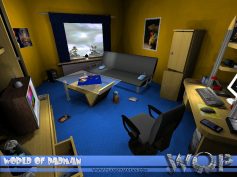 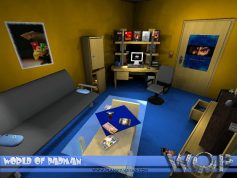 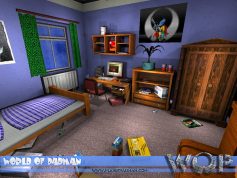 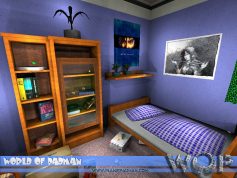 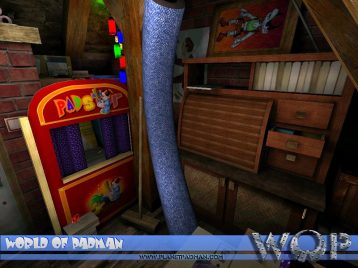 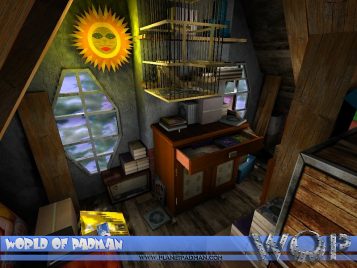 Well, that was it again, Did not hurt at all. 🙂 We hope, we could interest you a little bit for the PadMod again and ask once again for forgiveness, that it sometimes takes a little longer with the news!

Until the next big news update then, your PadMod team !!!