Straight out of hell and just in time for the last Padday of this year comes HellPad, an alternative skin for the PADMAN player model in World of Padman. The HellPad skin was originally created by Mario “Shocker” Perez Leal of Team Quakerszone for Quake 3 Arena in November 2000 with a lot of dedication to detail and shortly after also released by ENTE for Elite Force. He was also part of the PadMod update pack released in December 2004, and received additional team colors created by ENTE based on the original skin.

Since the original Padman player model by tone was replaced by a new one by doomdragon in WoP 1.5, the HellPad skin was no longer compatible. Therefore, for the release today, especially the texture for the head had to be recreated, reusing parts of the original texture. Very few adjustments had to be made to the texture for the body. The HellPad skin is now compatible with WoP 1.6 and newer and comes with team colors and additionally with glow skin support. It can also be loaded as a bot. You can find and download HellPad now on our addons page.

As always, you’ll find a few pictures and don’t forget to nominate World of Padman for the Indie of the Year Awards 2021. As already mentioned, today is Padday from 7:00 pm (CET) for which you need WoP version 1.6.2. See you later! 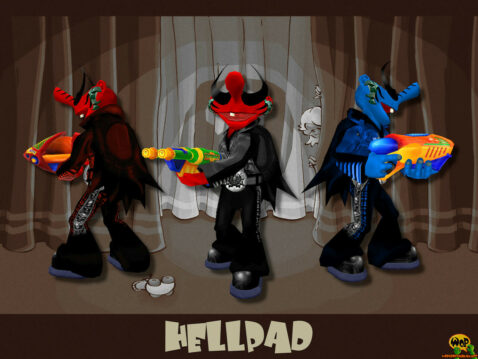 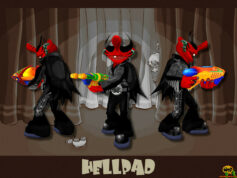 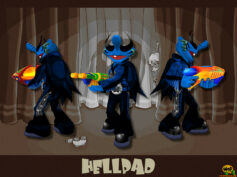 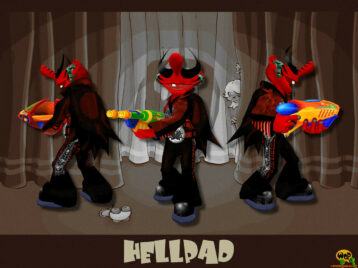 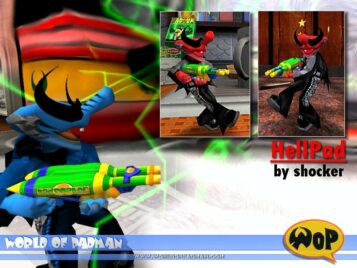