So, what is new in the mapping section? Like ENTE already hinted in the forum, he is working hard on the PadPack to modify and polish it up for the stand alone. Four maps, PadCastle, PadGallery and PadCrash (last one in two versions) will be included. These PadMaps for WoP started some years ago under Quake 3 Arena. ENTE once polished them up to make them compatible with the PadMod. Now he will do it again for the fans. The maps are not designed in Lilliput style and do not provide the Spray Your Color game type but they are really good for Last Pad Standing and Free For All matches. The maps should show that it doesn’t have to be a Lilliput styled map to work perfectly with WoP. ENTE hopes to release the PadPack in May. In the following you can see some first screenshots of the front court of PadCastle. 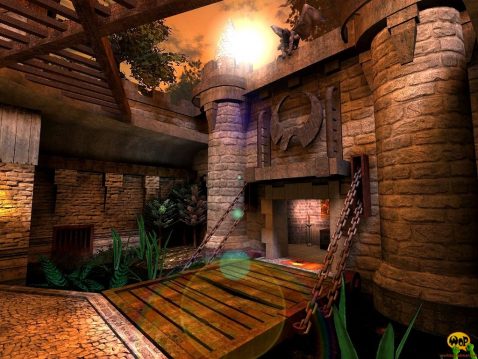 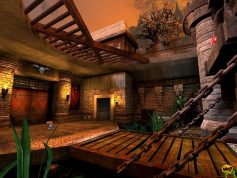 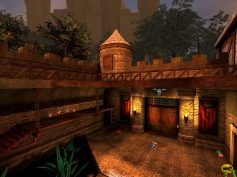 If you would like to make your own custom maps now but you do not know where to start, be patient. Kai-Li is working hard on a WoP map editing tutorial to show you the specifics of making maps for WoP. With this tutorial we will release needed files like a support pack for the GtkRadiant 1.5 and a content pack with a lot of map objects and textures. We also are planning to offer the tutorial shortly after the PadPack is released, but in German first. We hope to provide an English version as soon as possible.