Do you know the good old western movies? In these films the bad people were bad and the good ones, good! Today this old rule is outdated, because the well-known heroes from World of Padman will maybe take over the screen of our cinemas, soon. But at first the movie has to be shot and therefore we needed a set. So Harmonieman built one for the Paddies: we are talking about a new map called Harm’s WesternSet. This B movie set is also filled up with many new map objects, which were created by doomdragon especially for this map, e.g. cameras, gravestones and a quite typical western revolver.

It is a map for the Capture The Lolly mode. So there is scenery in the colours red and blue. We have four screen shots from the newest map from the developers to show. The developers also said these pictures do not show the whole map and only two well-chosen areas. Unfortunately the developers left us just with the comment: “otherwise you could see some things, that we do not want to show you right now”. So we will have to wait intently for other news from the little chamber of the developers of World of Padman. 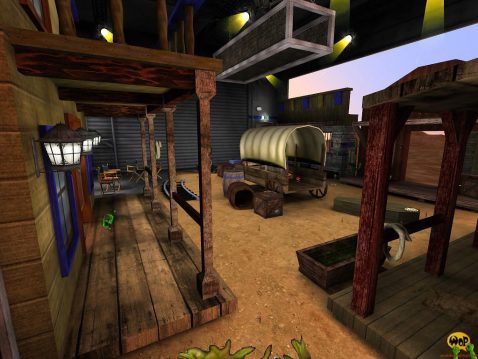 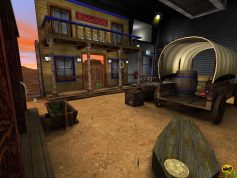 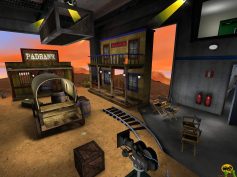 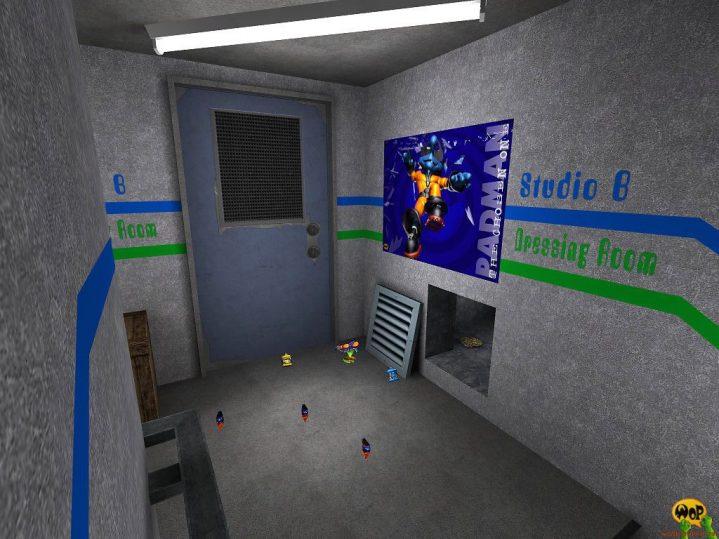