You barely believe it, but there are lots of damn cool screenshots that we just want to share with you. 🙂 In addition, we have a new member that joined the lines, which is already busy in the matter. I think today we let the pictures speak first, but it should be noted that these are always only material in the beta, or even in the alpha stage. Well, have fun! 🙂

How long did we have to wait for it, how much I had been longing for this day. PADGiRL, PADMAN’s great love finally in 3D! 🙂 The good tpe, who already enthused us with PadLilly, has now also brought PADGiRL to life. Incidentally, I am responsible for the not quite so successful skin, but do not worry, the skin will be scrutinized by one of our professional skinners. 🙂

News from the armory!

Also about the weapons there are again some nice news. 🙂 SLoB is taking care now about the BOASTER and Redlemons delivered a skin to the BUBBLE G. In addition, Redlemons also create a skin for PUMPER, as you can see in the last picture. But this skin is not quite ready. 🙂

Just new to the team and already fully involved is GreenThumb, who could hardly wait to get started with mapping. 🙂 Similar to Harmonieman, GreenThumb was inspired by his own room. The first screenshots of his map, which of course is far from final stage, are definitely more than impressive. 🙂 Welcome to the team. 🙂

Well, that was about time. Finally I started with a new PadMap. 🙂 But this is not PadWash or PadBuilding, as planned at the beginning (they are not yet off the table), but a brand new idea. It is an attic. In contrast to the previous PadMaps, PadAttic will probably turn out a little darker, so that the attic atmosphere comes across well. 🙂 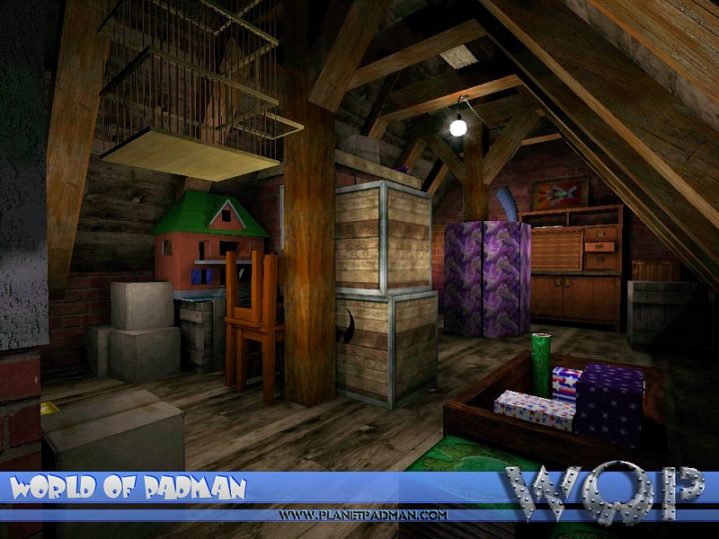 Also from Harmonieman there are four new screenshots on which you can see that he is currently setting up his hut a bit. 🙂 So slowly the room becomes really comfortable. 😀

Fiesling was already able to make the first changes to his Gamer’s Home map. The first textures were exchanged and the whole map was also made a bit brighter and friendlier. 🙂

Besides Gamer’s Home, our Fiesling also works on his Gamer’s Garage, of which you can see two recent screenshots here. 🙂

So, that was it again. 🙂 You can see, there is a lot going on. We are really busy in and our team is quite really impressive. Still, we are looking for someone for the model animations. So, if someone is out there who knows the subject well and also has a little time, we would be really happy. 🙂

Until the next big news update then, your PadMod team !!!