Since we smashed the number of a thousand World of Padman installs via Desura short time ago, we thought you might have a look at some statistics and how it is presented to game developers. We don’t know if a thousand single installs is a high or low number for an indie game but guess what, we don’t care. It’s just fun to see the game be distributed all over the planet.

As you can see most of the WoP players come from the USA, followed by Germany, United Kingdom, France and Australia. The pie charts illustrate that most players are between 15 and 24 years old and it seems that we are lacking of female players. The blue and red graphs in the chart below show the development of installs and uninstalls within the last three months. If you are interested to install World of Padman via Desura and to keep it up to date via automatic applied patches, just click the button below and follow instructions. 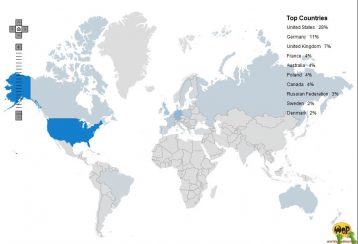 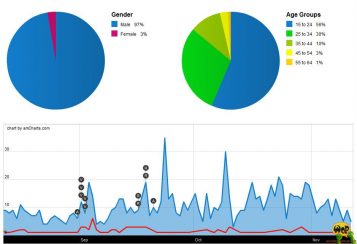 Desura is a community driven digital distribution service for indie games, mods and addons. A client for Windows and Linux operating systems is available to the public.