Phew, how to write a fitting news story for the release of a project like the World of Padman Standalone? Make it long and elaborate, or a short solid piece?

Months, no, years already, the WoP team has been working on this project. Everyone sitting hours and hours in front of their PC’s, produced new ideas, and implemented them, dreamed about an independent game, and got it going. We had a lot of fun, and we also had some arguments. There were highs and lows, moments in which we felt like creating something awesome and moments, in which we did not see any meaning in the work any more and were close to throw in the towel. It has been many exciting years, during which the PadMaps developed to the PadMod, and the PadMod finally evolved to the PadGame, and now, now it is actually here, the PadGame, the stand alone version of World of Padman.

We really are proud of what we have got going here. It has a small dream come true for us and we can barely believe that we actually made it. We really pushed this thing through, for which we are going to give ourselves a pat on the back, for a week. 😉 Well, so, what should the news about the release look like? 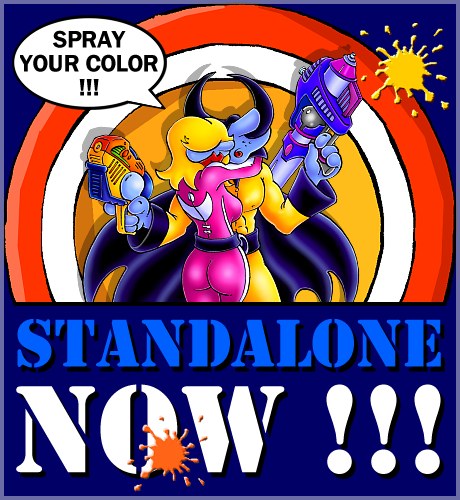 So what awaits you?

A cool fun shooter, in Lilliput style, that includes 12 maps, along with new crazy weapons, colorful player models, and new game types. Furthermore, everything is musically accompanied by the bands Dieselkopf and Green Sun. The World of Padman is a multiplayer game, in which you can fight your opponent online or have some fun at home playing with friends and/or bots. A single player part does not exist yet. The game is available for download in three different versions, namely for Windows, Linux and for Mac operating systems. Now, go have a lot of fun with in the World of Padman!

A huge thanks to everyone who has kindly provided us with mirrors and servers!