20 years ago ENTE released his fourth and until then biggest PadMap; PadCenter for Quake 3 Arena. It is a quite extensive shopping center with two to three levels. Besides two larger areas with various shops, there is an area for the delivery of goods with a small courtyard, two parking decks and an administration wing. The map is characterized by a lot of attention to detail and a few nice gags, as long as it is played without background music. Originally released on April 25th, 2000, ENTE decided to release a revised version three days later due to the too long respawn times of the weapons reported by some players and a few other minor bugs. Still in the same week ENTE’s PadCenter was elected Map of the Week on planetquake.de. 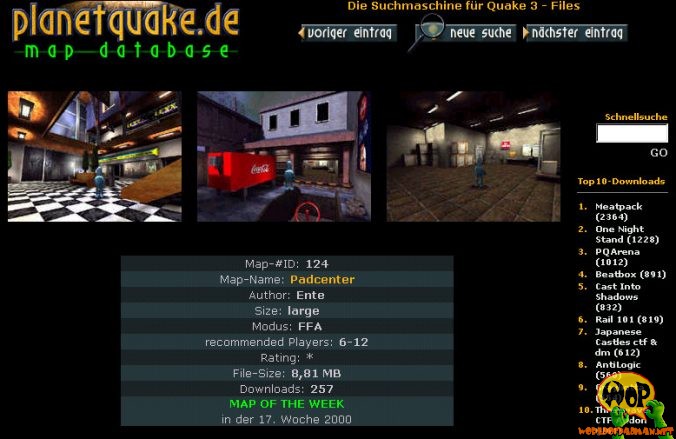 Nearly one year later, ENTE adapted the map for Star Trek: Voyager – Elite Force. The map differs from the Q3A version in many details, e.g. new textures, sounds and also a completely new room which can only be reached via a special phone booth. The basic layout is however the same.

As we already had to find out with some other maps, we unfortunately had uploaded the first version of PadCenter in our Advent campaign 2018 here on the website and also on ModDB, which we have now corrected. So please download the final version again if necessary. This is now also playable on the PadHouse server, which we can offer you thanks to our friends from the Haus Enten. All you need is an original and at best fresh installed Quake 3 Arena with the latest Point Release 1.32c or ioquake3. If you don’t have the map installed yet, you should definitely join the server with the option “auto download” enabled, so that you are guaranteed to get the same files as the server has.

We end our PadGallery retrospective with an extensive picture gallery of the versions for Quake 3 Arena and Elite Force. See you online! 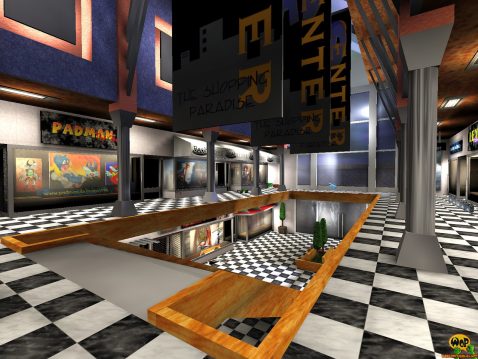 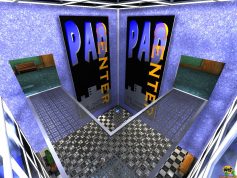 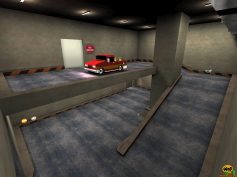 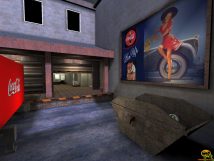 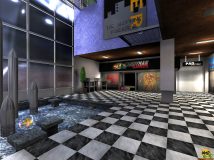 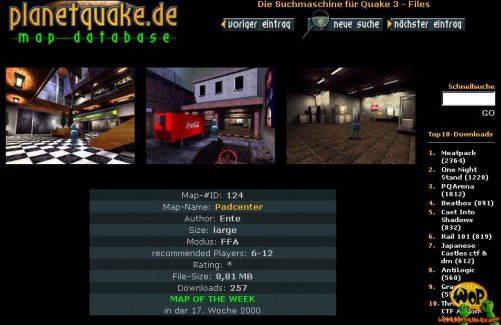 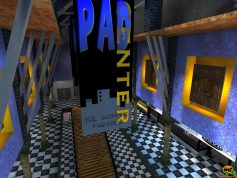 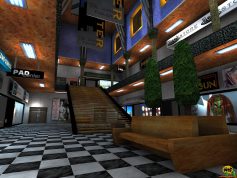 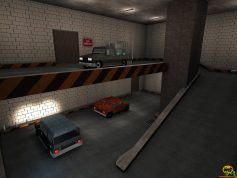 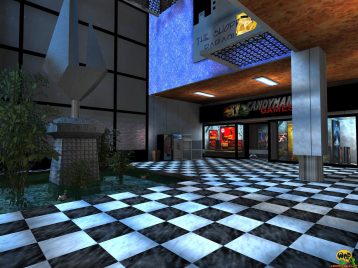 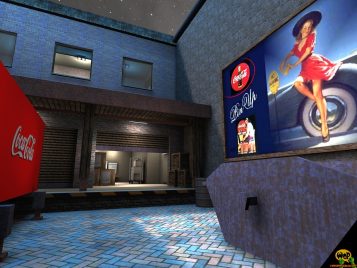 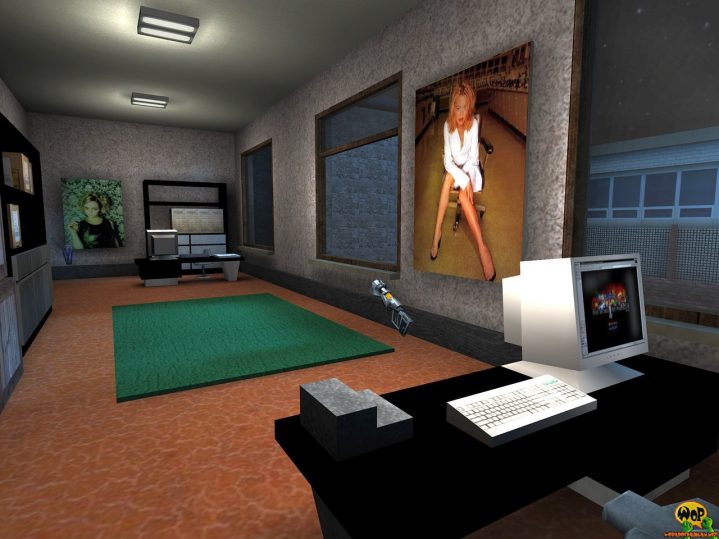