Thanks to Thomas Debesse, also known as illwieckz, from the Unvanquished team, new builds of the popular NetRadiant 1.5.0 have recently been released in cooperation with the Xonotic team, as a belated Easter present so to speak. The latest builds for Linux and Windows operating systems in 32 and 64 bit can be found under Download on the NetRadiant website, which was launched this year. MacOS users unfortunately still have to fall back on a solution with Wine. The builds replace the earlier versions, which can still be downloaded from Ingar’s project website if necessary.

The new builds now include a wide range of different game packs for Xonotic, Unvanquished, Warsow, Wolf: ET, Kingpin, Quake 3, Quetoo, Smokin’ Guns, Tremulous, OpenArena, Osirion and others. Among them is now the game pack for World of Padman. It is, with one small exception, exactly the same content of the WoP radiant files.zip archive, which usually accompanies every release of World of Padman since version 1.5. The archive was last updated with the release of WoP 1.6 in December 2011. We have therefore updated the Install and configure NetRadiant 1.5 tutorial to reflect the new builds.

We would like to take this opportunity to thank illwieckz for his many activities and the support of the community. So, download NetRadiant now and start mapping! 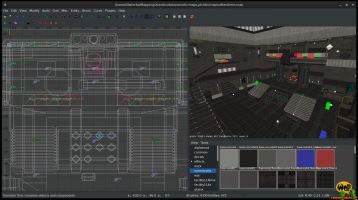 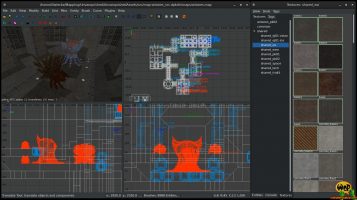 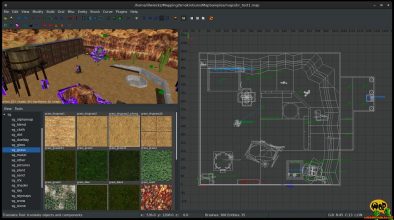 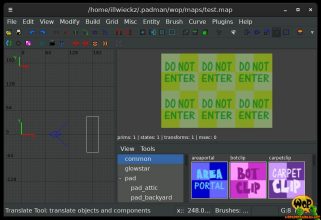