In early 1998, PADMAN made his first appearance in the PlayStation Games magazine in the comic strip of the same name. Of course, back then he didn’t look like we know him today. PADMAN didn’t have the high curved glasses in the shape of the Pad logo, because that didn’t exist at that time. That’s why the belt buckle has a red X from a gamepad button and not the PadLogo. The suit of PADMAN was already yellow at that time, but had green instead of black sleeve and trouser ends. The cape was red instead of black, and also his skin tone was more teal instead of today’s blue.

In the four years ENTE continuously developed his comic character, which can be seen well in the first PADMAN for Quake 3 Arena from the year 2000. Here there was already the PadLogo and the matching glasses, but the suit was still in the colors yellow, red and green.

The PADMAN Classic released today, as an alternative skin for the PADMAN player model, is deliberately inspired by ENTE’s character from the first comics in 1998 and is meant to remind us of his early days. It comes with team colors and glow skin support and is compatible with World of Padman 1.6 and newer. The corresponding bot is called PadClassic and uses the PADMAN AI file. Skin and bot can be selected via the player and bot menu once installed successfully. You can now find and download PADMAN Classic on our addon page. 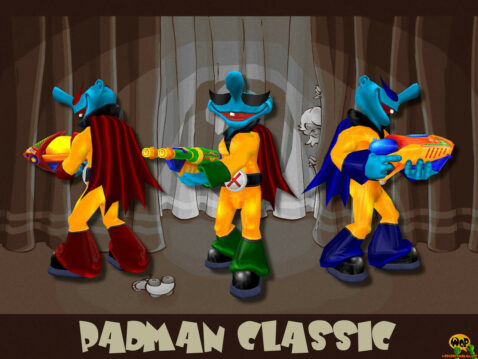 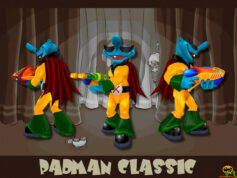 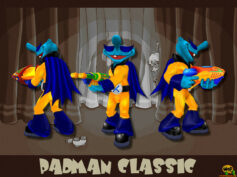 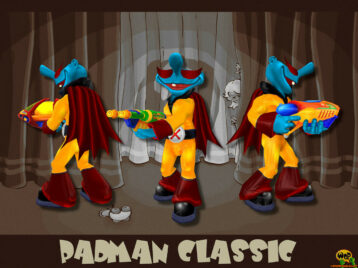