Two days ago the top 100 Players Choice list of released and unreleased mods & indie games of ModDB’s MotY 2008 Awards was released to the public. There you can find also 51 complete new titles alongside some well know classic ones of the past years, which made it into the list.

Do you remember the rule that all titles are eligible (released or unreleased, old or new) which made some significant progress in 2008? Well, that is why you cannot find World of Padman stand alone game in the top 100 list, because we had no release in the past year. What a pity, also no mod for WoP like the CTF-Mod or the X-Mas WoP seems to appear there. It looks like the competition takes place without any WoP presence this time, but there is no reason for moaning. World of Padman will be back in 2009 with a fresh and shiny release.

However, do not forget to check the top 100 list to nominate your favourites until February 2nd. 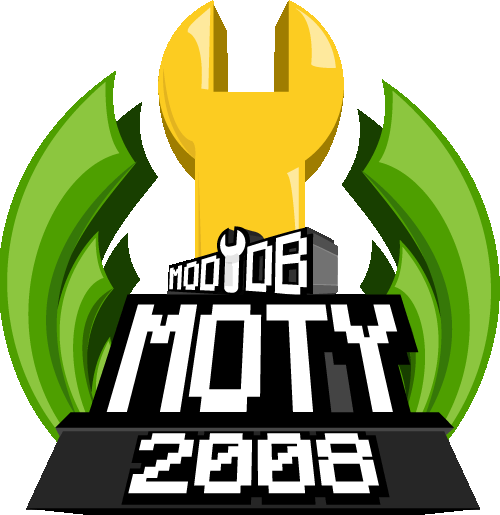