Aside from WoP there are, of course, other projects utilizing the Quake 3 engine to create their own stand alone game. A long time news partnership connects us to the former mod Western Quake 3 in particular, hence we would like to take this opportunity to advert to it once more. Those guys did in fact release their first stand alone version on January 1st, 2009 and thus took the same route we took back then with our WoP Stand Alone Complex.

In order to make the stand alone distinguishable from the mod and to point out that the stand alone version was not created by the first Western Quake 3 mod team our colleagues took a different approach: They just renamed the project. The game is now known as Smokin’ Guns and they could not have chosen a more suitable title. The game does indeed deliver smoking colts non stop, since the weapons are based on actual models. Additionally there are plenty of maps and a weapon-buy-system, similar to the one known from Counter Strike. Furthermore the Wild West atmosphere is captured by a fitting soundtrack. So we really got no choice but to advise this free all inclusive package to everyone who thinks he is old enough to play it. 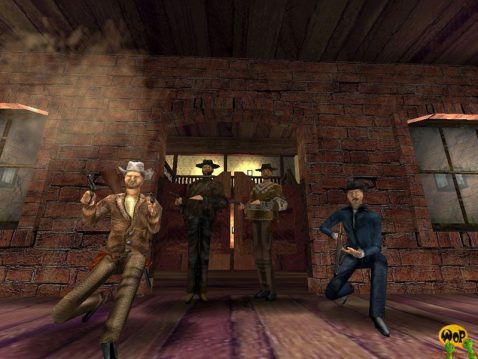 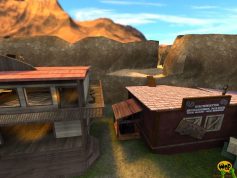 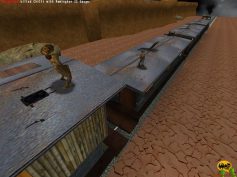