After the World of Padman was featured in some German magazines like GameStar, PC Action, Bravo ScreenFun, GEE and Linux Intern, but WoP also get reviewed in magazines of other countries as well.

First of all the PC Zone UK writes about Padman:

“We are guessing he is some famous figure in German culture, up there with David Hasselhoff, but you might remember him from a couple of old Quake III maps.”

We really do not know what this means, but “pillenjunkie PacMan” sounds cool … hehe. 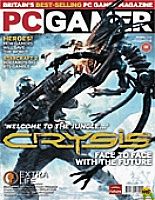 The third magazine writing about WoP is the PC Gamer (UK):

“There’s no single player option as yet but, as with Quake III, you can create a bot-filled server if you want to practice alone before braving the wilds of the internet.”