Illwieckz from the Unvanquished team recently informed us about updated NetRadiant 1.5.0 builds. These can be downloaded for the common operating systems via the official NetRadiant GitLab page. New is the native support for macOS, so you can create maps for WoP on an Apple PC for the first time. In addition, for the first time you can also adjust the Field of View in the camera settings as well as enable support for the GTK3-based user interface, at least if you build the binaries for Windows, Linux and FreeBSD yourself. There have also been changes to the user paths, e.g. the NetRadiantSettings directory has been renamed to NetRadiant. So if you want to keep your old settings, you just have to rename the directory accordingly.

Not only the NetRadiant got some new features, but also the included Q3Map2 compiler, which we also use for World of PADMAN. Models in IQM format are now natively supported and for the first time taken into account accordingly in the lightmap calculation, provided they are included as map objects. IQM animations, however, are not supported at this time. The WoP Game Pack is also included in this NetRadiant build, so that you can select World of PADMAN directly at startup. However, not all new features are supported at this point by us. We are working parallel to the WoP 1.7 development on an update of the WoP game pack on GitHub including the entities.def file. Also an extended Q3MAP2 shader support will come with WoP 1.7. Currently, bot support for WoP maps can still only be compiled on Windows based on wopbspc.exe. With the release of WoP 1.7 we hope to be able to offer a wopbspc compiler for the common operating systems. 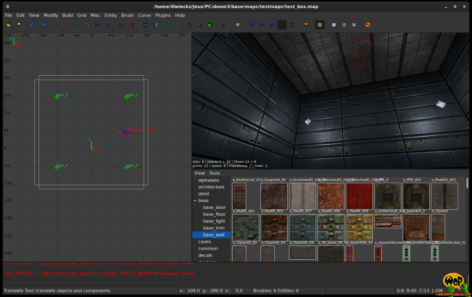 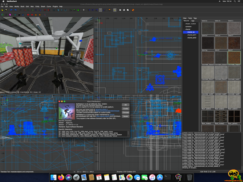