The site Urbanbase.net will launch a Pad double feature this weekend. They will launch two servers shortly after the release, each with something to do with Padman and his friends. Of course, a server will host the mod and thus be ready for you to test our “little” mod. The second server is for friends of Urban Terror. This is where the realism mod will run, but you get wary of all the classic PadMaps! So a weekend full of joy!

Of course, we will also have other servers that run our mod. It will probably be between 6 and 10 of them, which will give you enough space to let off steam. Already our thanks go to all the server admins and mirrors! We really never thought there would be so many who wanted to support us so energetically. 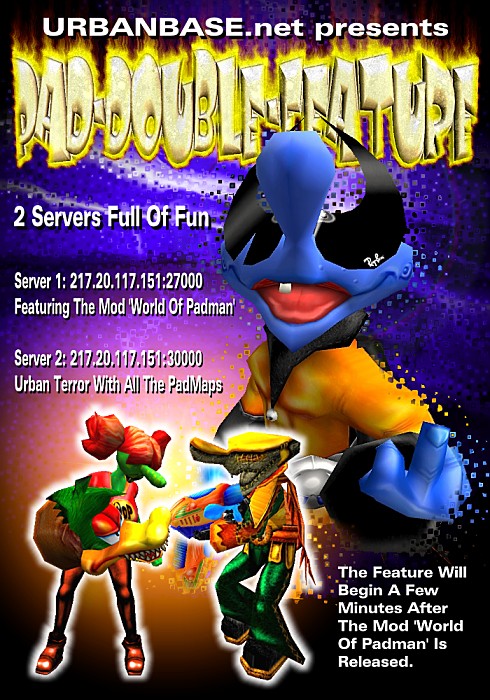